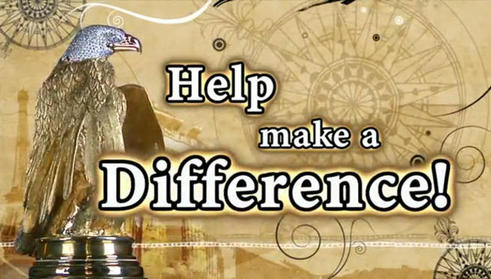 Looking for some unique fundraising ideas?

Over the years, I’ve come across quite a few good ideas for unique fundraisers. You can find a lot of them being discussed in our forum and learn how to raise maximum funds with any of our fundraising event ideas.

Hopefully, these ideas will get your creative juices flowing so you can come up with your own unique fundraising idea!

For more tips on raising funds for your group, visit Fundraiser Help today!

Just ran across a funny blog traffic promo that I just had to join!

Besides the penguin pirates, there’s a growing list of blogs worth reading that a group of bloggers are sharing. I’ll be updating my list daily as the promo gets rolling.

101 Blogs Worth Reading (a work in progress…)

A now-famous pair of pants was the star attraction at a fundraiser Tuesday meant to help pay the bills of a dry-cleaner couple caught in a legal stitch.

The $54 million pants, as they’ve come to be known, were the subject of a widely mocked lawsuit that garnered international attention. Now, they have their own security guard.

Groups advocating stricter guidelines for filing lawsuits and supporters of Jin Nam Chung and Soo Chung, the owners of Custom Cleaners, came from across the country to attend the cocktail fundraiser.

On display were what the Chungs say are the pants that Roy Pearson brought in, were misplaced, and were later found. The guests had appetizers and cocktails, and under the stern gaze of the security guard, some posed for photos with the pants.

The Chungs successfully defended themselves from the $54 million suit, which originally demanded $67 million, but they now owe about $100,000 in legal costs.

The American Tort Reform Association and the U.S. Chamber of Commerce Institute for Legal Reform put on the fundraiser in hopes of defraying the Chungs’ costs. The fundraiser netted more than $64,000, with more pledges still coming in, organizers said.

“Without your support, the Chungs could very well have gone bankrupt,” defense attorney Chris Manning told the crowd of about 150.

The Chungs also made a rare appearance to thank their guests.

The organizers said they also wanted to raise visibility for their mission to change tort law in the face of lawsuits that unfairly target small businesses.

“Our motto is the spirit of free enterprise,” said Lisa Rickard, president of the Institute for Legal Reform. “The Chungs epitomize that in our perspective. They’ve really been living the American dream, and that all came to a halt with the filing of this lawsuit.”

“It’s our hope to help them do a course correction and get back on track,” Rickard said.

Manning said that if the court grants the Chungs’ motion for Pearson to pay their legal fees, proceeds from the fundraiser that exceed the family’s costs would be donated to charity.

This is a bit of a rant about how some webmasters get totally obsessed with the Google PageRank of their site and spend a ton of time trying to boost their PR instead of trying to provide better answers/solutions to their site visitors needs.

So, it was kind of a nice surprise to run across Dean Hunt’s blog post, Just Say No To Page Rank. It’s a tongue-in-cheek poke at our PR obsessed brethren.

***SAY NO TO PAGERANK, YES TO LIFE WEBMASTERS LIST***