Just when you thought you had seen everything in this Presidential election campaign, an Obama fundraiser led by Dos Equis pitchman Jonathan Goldsmith, aka The Most Interesting Man In The World, is scheduled for next Tuesday in Vermont. 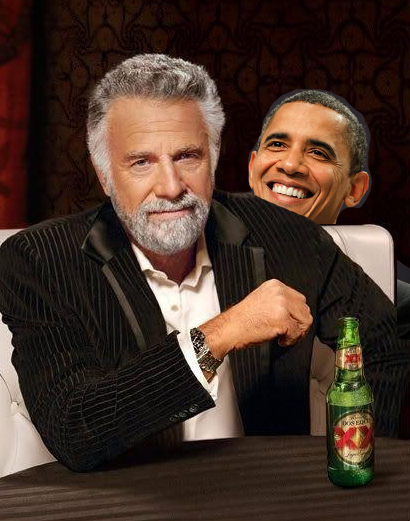 Now I know that he did a commercial where his character talked a foriegn minister into changing policy over a friendly game of chess, but seriously, are we that hard up for political leadership that an ad pitchman is a major draw at a Presidential fundraiser?

The Obama campaign is promoting this fundraising event with this headline: “Please join Jonathan Goldsmith and the Obama Victory Fund for a reception with special guest Speaker of the House Shap Smith in Burlington.”

You can see the listing  here on the Obama campaign site:

Gotta wonder what this world is coming to…its a big draw when paid pitchmen doing paid pitches for politicos.